COMPETITION!!! - Win the e-book of The Half Life of Ryan Davis

Hang on to your hair straighteners ladies and gentlemen, this weekend my all new shiny, smart, super-satisfying young teen novel will be out as an e-book, and available at Amazon. The Half Life of Ryan Davis is a contemporary thriller for 11 to 15 year olds.

"Having an older sister go missing three years before has defined Ryan Davis’s life ever since. All he wants to do is be normal and get on with the difficult business of growing up but the repercussions of Mallory’s disappearance aren’t over yet."

Here is a wee taster. The first person that correctly answers the question that follows will win a copy of the e-book. As I plan to give away more than one copy, if you are not the first to provide the correct answer, try the second question. I may give away an extra copy if I feel like it to other contestants too. I will run another competition when the book comes out in print in December.

Apparently my older sister Mallory was perfect. That’s not how I remember her, but it’s what my mother tells me when I’m doing something wrong. My sister certainly looks perfect in all the photos mum has plastered her bedroom with; photos that sit next to trophies for netball and gymnastics, photos that hang next to certificates of merit for academic achievement, and principals’ awards for community service. But she was just my sister. A sister who fought over the TV remote with me and complained if I took up more than my fair share of the couch. A sister who told me my friends were rude and smelly and called me names. But I guess it doesn’t matter whether she was perfect or not. It’s impossible to be as good as someone who’s just a memory.

QUESTION: How old is my eldest daughter?
QUESTION 2: Where did my daughter go?

clue - answers can be found on this blog :)

Winners will be announced Next Week.
Posted by Melinda Szymanik at 3:22 PM

Eldest daughter is 18 and went to America! Thanks for the chance to win your book.
Kath 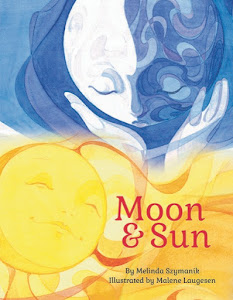