Off-stage, behind the curtain ... 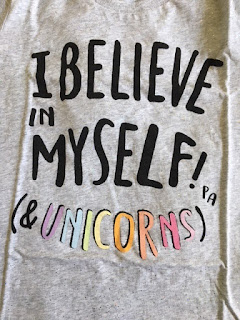 I finished my work-in-progress a few weeks ago. The writing of it had fair galloped along, and it was an enjoyable process for the most part. The muse had been awfully kind and given me something not far off fully formed. I felt more like a conduit than a creative controller, although I know the old brain is deceptive and that in reality my noodle had probably been assembling something quietly off stage behind the curtains for some time, waiting for that moment when the tale was ripe for the picking and there was enough energy, space and motivation on my part to do something about it.

It seemed to come out in good shape, and revising was a fairly swift affair. I'd pitched the 'idea' to several folk, and now the manuscript was complete I followed up with a few others. I naively thought they would share my speed, my excitement and enthusiasm. You have to wonder how some one at my stage in this business can be that naive. But there it is. Even though I've ridden round the block a few times I'm still surprised by that blind entrance.

So now I am playing the author's favourite, the waiting game. I wish I could say it gets easier but I don't want to be naive AND a liar. It is, as always, torture. I know the best way to wait is to work on new content but the last story was such a gift in its completeness that I am resistant to anything that requires more significant brain gymnastics. I will get over my laziness at some point. I suppose. (see voodoo comment below). Folk also suggest that completing a story is an achievement in itself and requires its own kind of acknowledgment and celebration. It has been a while since I've completed a novel and it IS nice to think I still have it in me to reach The End. Woohoo. Look at you, you cute-as-a-button complete little manuscript, you. I am so proud of you :)

I often get asked, when I am talking about the nuts and bolts of publishing, whether it's okay to do multiple submissions. I think it is. Some publishers ask that you mention you have submitted to other publishers, and other publishers say nothing about it at all. I assume that they've just naturally assumed I'm doing multiple submissions. I think that is pretty much the norm in places like the US. I feel like it should probably be the norm here too. That assumption. Just assume that no one has time to wait months for a response to a single submission before sending it out to someone else. Of course multiple submissions mean you exhaust your potential publishers faster but I think that just enables you to get back to the writing of new content sooner. I find submissions can sometimes cast some voodoo spell of writing paralysis over me.

So I wait in submission-limbo, nervously contemplating my empty calendar for next year, and hope the noodle is busy, secretly back at work behind the curtain.

Posted by Melinda Szymanik at 7:40 PM No comments: