The shortlist for the 2017 New Zealand Book Awards for Children and Young Adults announced ... 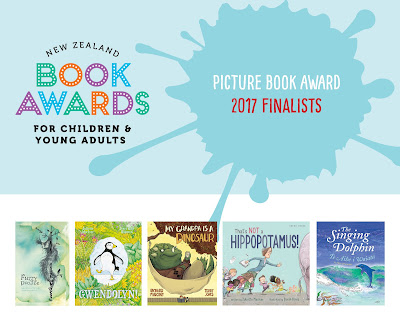 I am so happy to finally reveal (cos it feels like I have known for an age) that Fuzzy Doodle, my picture book with Donovan Bixley, is shortlisted in two categories (Picture Book and Russell Clark Award) in the 2017 New Zealand Book Awards for Children and Young Adults. I am so proud of this book and even prouder that the judges have selected it as a finalist. The lists are full of wonderful books created for our young readers right here in New Zealand, and I know that there are even more terrific, deserving books that have missed out on a shortlisting. We make some pretty amazing children's literature here in this country. The winners of these awards will be announced on August 14 - exciting times.

The finalists for the 2017 New Zealand Book Awards for Children and Young Adults are: