While I doom scroll on twitter for the latest on the US post-election potential for a coup, and await the daily NZ covid case update, whilst writing about ten words a day on the five projects I have open on my laptop, I have also been reading other people's books and reviewing them. As it is Christmas soon and books always make fabulous presents, here are some reviews of books by New Zealanders out this year:

I opened the front cover of this graphic novel and I must confess I was immediately smitten. The endpapers are covered in a map and I suspect the place names are nods to other New Zealand illustrators, writers and comic artists – ‘Hicksville’, ‘Murdoch’ Inlet, ‘Laing’s Man’s Field, ‘Yoshioka’ Circuit, ‘Kerr’ Bay and ‘Knox’s’ Shade. I didn’t recognize all the names, and I guess it might sail over the heads of many of this graphic novel’s target audience, but I noticed it and I couldn’t help smiling. And as I read through I recognized that the main character Miro is the kind of kid who probably ‘would’ notice. Nice.

The setting is Aurora, a fishing village overlooked by a strange castle on the hill owned by an enigmatic never-seen owner, and a mystery swirling around the lucrative fishery operation that is behind the town’s prosperity.

The story moves along at a fair canter. It’s the holidays and school kid, Miro, is busy secretly pillaging the relics in the household attic to make money to feed his habit – for books, especially the expensive, first edition kind. This was where I was smitten all over again as Miro selects books that I have swooned over myself (it’s not often you see a reference to Comet in Moominland!).

Miro falls in with shutterbug and fellow student Zia, and pushed along by her inquisitive zeal they are soon on the trail of the mystery. What was that strange thing wrapped around that ‘injured’ fisherman’s leg, and why didn’t the mayor want them to see it? There’s a secret society, a sacred text, and weird goings on. It seems like everyone in the village is involved, and the adults definitely don’t want the kids snooping around. There is a Nancy Drew/Hardy Boys vibe to this story with a dash of Tintin thrown in, with some visual and textual Easter eggs, and a current of subtle humour running along through-out. I zipped through this fairly quickly and overall found it a fun read, and I think plenty of 8 to 12 year olds will thoroughly enjoy it too. 4 out of 5 stars.

This is the third in a junior fiction series revolving around young wanna-be-journalist, Caitlyn Nove, and her investigative alter-ego Viola Vincent. I haven’t read the previous books, but I didn’t find it too much of a challenge to pick up the gist of Caitlyn’s ongoing story. Each book tackles a hot button issue of the day such as puppy farming (Book Two), and in book three it’s protecting the environment with an added nod to climate change.

Caitlyn is faced head on with the consequences of polluted rivers when she gets horribly ill after a swim while on holiday. The state of our rivers and waterways is a significant issue here in New Zealand at the moment, most often caused by intensification of farming, and Kenna pulls no punches in exploring this problem. She also addresses the practice of Kaitiakitanga, or ‘guardianship’ of the environment, through the concerns and reactions of the local iwi to the pollution of the waterways.  Despite their advice and the placement of a rāhui on the affected river, the local council’s lack of consultation with iwi has resulted in the kai moana becoming too toxic to eat and the river becoming un-swimmable. Kaitiaki is well explained here, although I think the speed at which understanding and agreement is reached between the two key parties was a bit surprising.

And it’s not just the polluted water, it’s also the impact of changing weather on the coastal settlement where Caitlyn’s Granddad has his bach. The last storm caused some damage but no amount of shoring up and battening down will protect them from the next one. Solutions suggested by the local council are expensive and ultimately short term. The author leaves this issue open and it’s possible it may be explored further in future books.

All in all, these are major, complex problems and through Caitlyn and her adult co-conspirators, journalist Megan and photographer Tamati, Kenna provides a wealth of information and some pretty persuasive arguments. At times it feels a smidge didactic, but I think it is useful to raise awareness of these subjects amongst today’s children, and there is plenty to chew on here. While there are a few awkward sentences early on, the writing soon settles in to a good rhythm making for a very readable story.  And although Caitlyn sometimes speaks with quite adult turns of phrase, and she’s sometimes a bit grumpy for a kid, I guess that’s not entirely unexpected for a junior reporter worried about what’s going on in the world. Recommended for the environmentally conscious youngster in your household.

This is an ambitious picture book that seeks to answer a big question – what is our place in the Universe? I couldn’t help but be reminded while reading of my own childhood determination to mark my place, writing on my school exercise books and diaries my comprehensive address beginning with my house number and street name, through my suburb and city, the appropriate island in our New Zealand archipelago, through our country, ocean, hemisphere and planet, and always ending with ‘The Universe’. And I know I wasn’t the only one doing this. I imagine children still do this. And I am the Universe embodies this desire to know where we are in the grand scheme of it all.

The book takes us on a journey, beginning with the universe; the galaxies whirling through the inky darkness. Now we are inside a starry spiralling galaxy, and then our own solar system with all the planets depicted in glorious colours. On and on we go through each descending level of organisation on each double page spread until we find ourselves in our neighbourhood, then our family unit, until it’s just us looking out our bedroom window gazing up at the night sky.

I am the Universe effectively conveys a sense of wonder, a sense of the enormity of the infinite and the drama of the cosmos, and the thrilling diversity and richness of nature. But it also provides a sense of the collegiality of community, and the warm embrace of our family. It is at once reassuring and also mind expanding, with plenty of triggers to spark conversations about big scientific and philosophical concepts. And it is all done with simple yet compelling, thoughtful text, and bold, flat artwork that covers every inch of each page. The illustrations are attractive, colourful and dynamic sending the reader swirling through space, swimming through oceans and strolling through town, all enabled by a generously big format which makes you feel like you’re falling into the world of the book.

What a wonderful thing. Highly recommended.

This is a good middle grade/teen read from Brian Falkner, following the exploits of boy spy Joseph 'Katipo' Saint George, during World War II. After spending much of his youth living in Berlin with his diplomat parents, Joe is perfectly primed to help the allies out. We follow him through some dangerous formative experiences before he finds himself in London during the Blitz, and then eventually getting embroiled with British Intelligence. Falkner has done his research well loading this book with plenty of rich detail, and Joe's adventures are at times tense and thrilling.

There is some unexpected romance, and some violence. Death is hard to avoid in a book about war but the romantic and violent moments make me think this would be better suited to late intermediate/early high school. I also found Joe a little distant as a character at times but I guess this might be the result of giving him the cool, rational mind of a spy. All in all I enjoyed the ride and I think young readers will too.

And I also reviewed some junior and middle grade books for the Sapling not so long ago, including A Little Blue by Jeanette Goode, Flying Furballs: Nine Lives by Donovan Bixley, Just End It by Donna Blaber, and The Tea Dragon Tapestry by Katie O'Neill, which you can check out here.

Posted by Melinda Szymanik at 5:30 PM 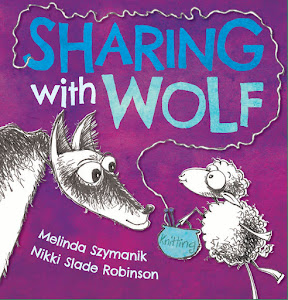